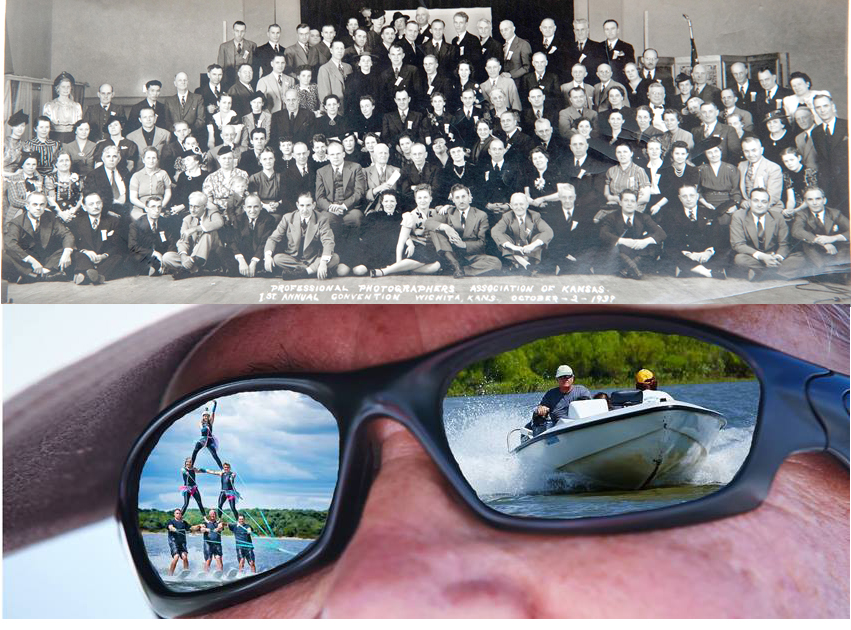 Wichers Photography was started in 1927 by A.D. “Tony” Wichers. Tony came from Germany in 1912. In the early 1900’s most photographers were very secretive about their work. They kept formulas and techniques to themselves. Tony was one of the first photographers in the country to teach others about his craft. To actually invite a class of fellow photographers in to his studio and share techniques and poses was unheard of. Many of today’s old masters took a class from Tony himself. At the time of his death in 1978, Tony had earned a Master of Photography and Photographic Craftsman awarded by the Professional Photographers of America (PPA). Tony had achieved more merits for his work from the PPA than anyone else during his lifetime. Tony invented a small table to do hand poses on. This table has become known as the “Tony Table” and photographers by the thousands across the United States use these tables every day. In 1958 Tony sold the studio to Dale Williams, also a master and craftsman. Dale taught the Tony Wichers Class at the Kansas Professional Photographers School for many years. In 1975 Mark Weber and Mardi Coates met at Wichers where they worked together. They married and had their kids, Derek, Shauna, and Tyler. In 1987 they purchased Wichers together. For the past 30 years Mark & Mardi have been the nucleus of Wichers.

Mardi Weber- Owner
Mardi started in photography with Wichers in 1975 as a sales consultant. She has worked in many different capacities for Wichers. She has been an active member of the Topeka and Kansas Professional Photographers and completed her year as president of the KPPA in 2002. Mardi has received the Special Award from the KPPA as well as the National Award from the Professional Photographers of America. In February of 2018 Mardi was awarded the Life membership in the KPPA, their  highest award. Mardi is the lady behind the scenes and completes all the digital work. She is in charge of all studio activities.

Shauna McKeever
My name is Shauna McKeever and I am a photographer and all around helper here at Wichers Photography.
Photography has been a passion of mine since the age of 12. I have been helping my dad and mom, Mark & Mardi Weber, around the studio since around that age. Back then it was developing the black and white and finishing up the orders to be delivered to customers. Now I do a little bit of everything, designing the albums, this fine website, photography, helping customers, set designing, and problem solver! I am thankful for all the great "life lessons" and schooling my bosses have provided for me. They have provided me with continued education through Kansas Professional Photographers School. Those classes have taken my photography to new heights and have re-sparked the learning passion in me.
In my spare time I like to hang out with my family of 5! (That's my husband, step-daughter, and 2 dogs) We like to go for long walks, off leash of course, and explore new areas off the beaten path. I also enjoy saving animals and great DIY projects!!
Favorite Quote: "Creative people make the world turn in colors."